The Importance of Salvation - Sermon for Septuagesima Sunday 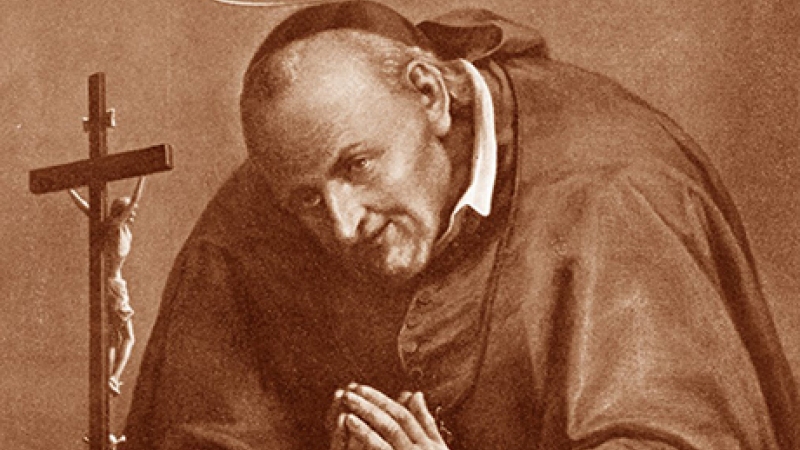 The vines of the Lord are our souls, which He has given us to cultivate by good works, that we may be one day admitted into eternal glory. “How,” says Salvian, “does it happen that a Christian believes, and still does not fear the future?” Christians believe death, judgement, hell, and paradise: but they live as if they believed them not – as if these truths of faith were fables or the inventions of human genius. Many live as if they were never to die, or as if they had not to give God an account of their life, as if there were neither a hell nor a heaven. Perhaps they do not believe in them? They believe, but do not reflect on them; and thus they are lost. They take all possible care of worldly affairs, but attend not to the salvation of their souls. I shall show you, this day, that the salvation of your souls is the most important of all affairs; first, because, if the soul is lost, all is lost; secondly, because, if the soul is lost once, it is lost forever.

“But,” says St Paul, “we entreat you… that you do your own business.” The greater part of worldlings are most attentive to the business of this world. What diligence do they not employ to gain a law-suit or a post of emolument! How many means are adopted – how many measures taken? They neither eat nor sleep. And what efforts do they make to save their souls? All blush at being told that they neglect the affairs of their families; and how few are ashamed to neglect the salvation of their souls. “Brethren,” says St Paul, “I entreat you that you do your own business; that is, the business of your eternal salvation.”

Says St Bernard: “The trifles of children are called trifles, but the trifles of men are called business,” and for these many lose their souls. If in one worldly transaction you suffer a loss, you may repair it in another; but if you die in enmity with God, and lose your soul, how can you repair the loss? “What exchange can a man give for his soul?” To those who neglect the care of salvation, St Eucherius says: “If, from being created by God to His own image, you do not comprehend the value of your soul, learn it from Jesus Christ, who has redeemed you with His own blood.” “You were not redeemed with corruptible things, as gold or silver, … but with the precious blood of Christ, as of a lamb unspotted and undefiled.”

God, then, sets so high a value on your soul; such is its value in the estimation of Satan, that, to become master of it, he does not sleep night or day, but is continually going about to make it his own. Hence St Augustine exclaims: “The enemy sleeps not, and you are asleep.” The enemy is always awake to injure you, and you slumber. Pope Benedict XII being asked by a prince for a favour which he could not conscientiously grant, said to the ambassador: Tell the prince, that, if I had two souls, I might be able to lose one of them in order to please him; but, since I have but one, I cannot consent to lose it. Thus he refused the favour which the prince sought from him.

“But one thing is necessary?” It is not necessary to become rich on this earth, to acquire honours and dignities; but it is necessary to save our souls; because, unless we gain heaven we shall be condemned to hell: there is no middle place: we must be either saved or damned. God has not created us for this earth; neither does He preserve our lives that we may become rich and enjoy amusements. “And the end life everlasting.” He has created us, and preserved us, that we may acquire eternal glory.

St Philip Neri used to say, that he who does not seek, above all things, the salvation of his soul, is a fool. If on this earth there were two classes of men, one mortal, and the other immortal, and if the former saw the latter entirely devoted to the acquisition of earthly goods, would they not exclaim: O fools that you are! You have it in your power to secure the immense and eternal goods of paradise, and you lose your time in procuring the miserable goods of this earth, which shall end at death. And for these you expose yourselves to the danger of the eternal torments of hell. Leave to us, for whom all shall end at death, the care of these earthly things. But, brethren, we are all immortal, and each of us shall be eternally happy or eternally miserable in the other life. But the misfortune of the greater part of mankind is, that they are solicitous about the present, and never think of the future. “Oh! That they would be wise, and would understand, and would provide for their last end.” Oh! That they knew how to detach themselves from present goods, which last but a short time, and to provide for what must happen after death – an eternal reign in heaven, or everlasting slavery in hell. St Philip Neri, conversing one day with Francis Zazzera, a young man of talent who expected to make a fortune in the world, said to him: “You shall realise a great fortune; you shall be a prelate, afterwards a cardinal, and in the end, perhaps, Pope. But what must follow? What must follow? Go, my son, think on these words.” The young man departed, and after meditating on the words, what must follow? What must follow? He renounced his worldly prospects, and gave himself entirely to God; and, retiring from the world, he entered into the Congregation of St Philip, and died a holy death.

“The fashion of this world passeth away.” On this passage Cornelius à Lapide says that “the world is as it were a stage.” The present life is a comedy, which passes away. Happy the man who acts his part well in this comedy by saving his soul. But if he shall have spent his life in the acquisition of riches and worldly honours, he shall justly be called a fool; and at the hour of death he shall receive the reproach addressed to the rich man in the Gospel: “Fool, this night do they require thy soul of thee; and whose shall these things be which thou hast provided?” In explaining the words “they require,” Toletus says that the Lord has given us our souls to guard them against the assaults of our enemies; and that at death the angel shall come to require them of us, and shall present them at the tribunal of Jesus Christ. But if we shall have lost our souls by attending only to the acquisition of earthly possessions, these shall belong to us no longer; they shall pass to other hands: and what shall then become of our souls?

Poor worldlings! Of all the riches which they acquired, of all the pomps which they displayed in this life, what shall they find at death? “They have slept their sleep: and all the men of riches have found nothing in their hands.” The dream of this present life shall be over at death, and they shall have acquired nothing for eternity. Ask of so many great men of this earth – of the princes and emperors,  who, during life, have abounded in riches, honours and pleasures, and are at this moment in hell – what now remains of all the riches that they possessed in this world? They answer with tears: “Nothing, nothing.” And of so many honours enjoyed – of so many past pleasures – of so many pomps and triumphs, what now remains? They answer with howling: “Nothing, nothing.”

Justly, then, has St Francis Xavier said, that in the world there is but one good and one evil. The former consists in saving our souls; the latter in losing them. Hence, David said: “One thing I have asked of the Lord; this I will seek after – that I may dwell in the house of the Lord.” One thing only have I sought, and will forever seek, from God – that He may grant me the grace to save my soul; for, if I save my soul, all is safe; if I lose it, all is lost. And, what is more important, if my soul be once lost, it is lost forever. Let us pass to the second point.

Men die but once. If a Christian died twice, he might lose his soul the first, and save it the second time. But we can die only once: if the soul be lost the first time, it is lost forever. This truth St Teresa frequently inculcated to her nuns: “One soul,” she would say, “one eternity.” As if she said: We have but one soul: if this be lost, all is lost. There is but “one eternity; if the soul be once lost, it is lost forever.”

St Eucherius says that there is no error so great as the neglect of eternal salvation. It is an error which surpasses all errors, because it is irremediable. Other mistakes may be repaired: if a person loses property in one way, he may acquire it in another; if he loses a situation, a dignity, he may afterwards recover them; if he even loses his life, provided his soul be saved, all is safe. But he who loses his soul has no means of repairing the loss. The wailing of the damned arises from the thought, that for them the time of salvation is over, and that there is no hope of remedy for their eternal ruin. “The summer is ended, and we are not saved.” Hence they weep, and shall inconsolably weep forever, saying: “Therefore we have erred from the way of truth, and the light of justice hath not shined unto us.” But what will it profit them to know the error they have committed, when it will be too late to repair it?

We must, then, from this day forward, devote all our attention to the salvation of our souls. There is no question, says St John Chrysostom, of losing some earthly good which we must one day relinquish. But there is question of losing paradise, and of going to suffer forever in hell. We must fear and tremble; it is thus we shall be able to secure eternal happiness. “With fear and trembling work out your salvation.” Hence, if we wish to save our souls, we must labour strenuously to avoid dangerous occasions, to resist temptations, and to frequent the sacraments. Without labour we cannot obtain heaven. “The violent bear it away.” The saints tremble at the thought of eternity. St Andrew Avellino exclaimed with tears: Who knows whether I shall be saved or damned? St Louis Bertrand said with trembling: What shall be my lot in the other world? And shall we not tremble? Let us pray to Jesus Christ and His most Holy Mother to help us to save our souls. This is for us the most important of all affairs; if we succeed in it, we shall be eternally happy; if we fail, we must be forever miserable.